Many people consider ‘ANSI’ as an encoding type; however this is a misconception. ‘ANSI’ is the abbreviation for ‘American National Standards Institute’, and the encoding type many people refer to as the ANSI code pages (or officially,”Windows Code Pages”) is misnomered because the drafts they were based upon were originally intended for submission to ANSI.

In particular, the Code page 949 (more often called ‘CP-949’ or ‘MS-949’) for the Korean character sets is sometimes referred to as ‘ANSI’ in Korea, mainly due to erroneous software implements. (Such as the Notepad++ captured image below.) 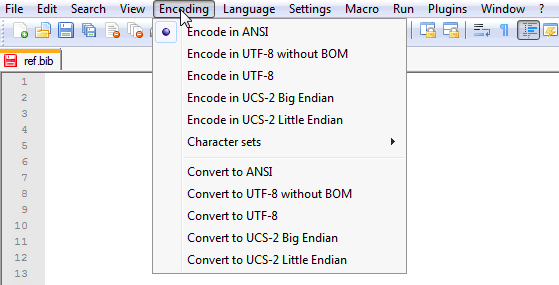